There was a very good-looking young man, named Hughie Erskine. He was popular and kind. However, he was not very clever and had no money. He kept changing his job but always failed. Finally he stopped working and lived on money given to him by an old aunt. He loved a girl named Laura Merton, the daughter of a retired Colonel. The Colonel would only allow them to get married if Hughie had ten thousand pounds of his own. 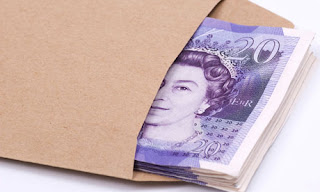 One day, Hughie visited his friend, Alan Trevor, who was a painter. When Hughie came, Alan was painting a model. The model was a beggar-man. Hughie felt sorry for the model, so he gave him a sovereign. Later that night, Hughie met Alan at Palette Club. They had a talk. Hughie found out from Alan that the model was actually not a beggar-man, but a millionaire, named Baron Hausberg. Hughie went home unhappily, whereas Alan laughed loudly.

The next morning, a messenger from Baron Hausberg came and brought him a letter. The letter contained a cheque for ten thousand pounds which was a wedding present to Hugh Erskine and Laura Merton from Baron Hausberg. On the day of the marriage, Alan Trevor was the best man and the Baron made a speech at the wedding breakfast. Alan said, "Millionaire models are rare enough, but model millionaires are rarer still!"

This nice and informative post. thank you for sharing this informative and valuable post with us.
Dissertation Thesis

critical analysis of this story.

No it does nt helped it's juSt a waste of time��

Thanks a lot! you helped me so much :)

Hahahaha ihave this as homework

THIS WAS VERY HELPFUL IN MY BROTHER'S SPRING HOLIDAYS HOMEWORK . THANKS FOR SHARING THIS .

Thank you for summery.

it is so easy summary

Nice story. So easy to read and write. And this is my favourite story.

Nice and interesting story. So easy to read and write. This is my favourite story.

This helped me with my homework !!!

Thanks this was so helpful for me

It's my homework assignment too

Informative and Easy to understand 😊😊

I love with shape of you

Good story
Thanks for sharing it

It made very easy to understand the chapter .

It was my homework also.

Thanks a lot...actually it was my holiday homework

Please give me Indianization the story Model Millionaire